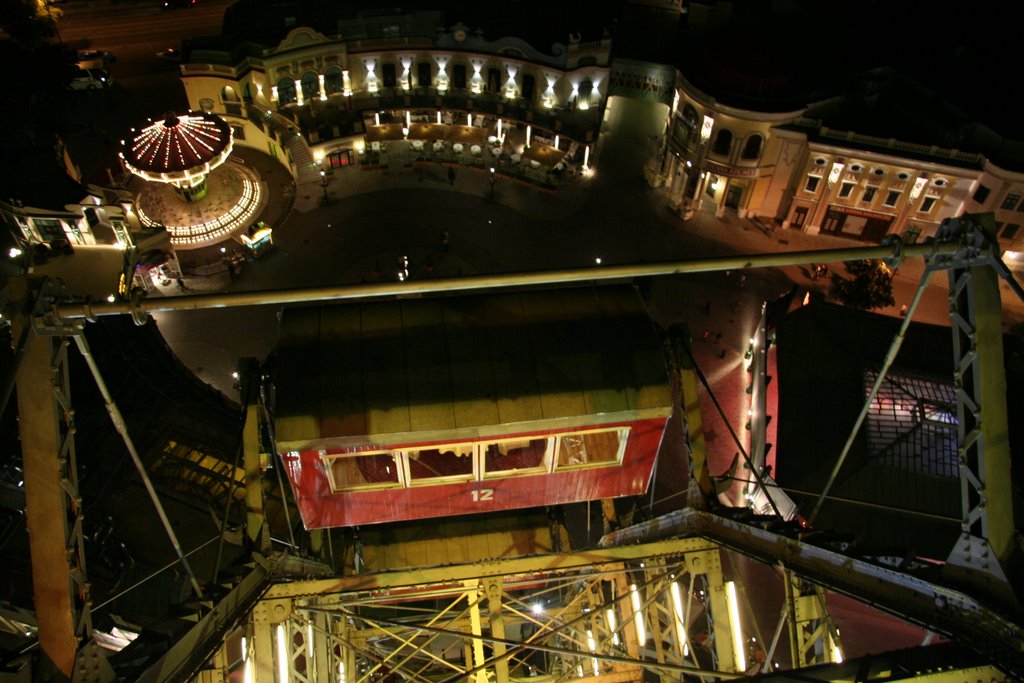 Now that I had this revelation, it seem so odd it has never occurred to me much sooner: I’ve been doing most of the things in my private life – good or bad, mostly fucked up – at the wrong age. Some way too early, some much too late. I don’t know if I could tell about any of them it should’ve never happened, but I’m sure it would’ve made more sense to happen in a different order, at a different age.

My love-hate relationship with food began right after I was born. My oldest clear memories show mountains and seaside; I was three back then. I heard my parents bitterly fight when I was seven years old, then – not much later – saw them having intercourse with bedroom door largely opened; it’s true, all I could think about was I hoped they were using some kind of protection and I wouldn’t get a sibling.

I started playing basketball when I was already eleven. I had sex for the first time before reaching thirteen. I fell badly in love and began a very long term relationship at fourteen, with all the intimate discoveries and learning that go with it. About the same time, I started smoking and quit in less than a year. I dyed my hair at sixteen, only to get the same shade as my natural color. I had my first – and only – sex talk with my mother at seventeen, and my unspoken words were like ‘really, Mom, really, I’ve been seeing this older guy for so long and it took this much to have such a chat’.

I got my driving license two months after I turned eighteen, just to realize I would never get to drive a car other than my own. I did the extra pierces in my ears when I was nineteen, and the nose pierce two years later. I got my only alcohol intoxication at twenty-one and I remembered every detail so clearly that I swore I’d never repeat it.  I completely left home at twenty-two, as my parents fighting forced me to move in with my boyfriend at a moment none of us really wanted that. I left the country at twenty-three, after ending that long term relationship and breaking a heart I’d never forgive myself for having torn.

I rediscovered my lost love for mountains at nearly twenty-five. I got married at twenty-six. I started running at twenty-seven and moved slowly from short park laps to trail runs, and from asphalt marathons to ultra-trails. About then I understood how wrong I had been all those times I was trying on starving diets instead of building up muscles.

I lost friends and fellows in a fire at thirty-two. I began climbing soon after, after having a long battle with the feeling I don’t belong at the end of a rope, doing stuff that’s only for the “chosen”. I finally managed to drive – and to enjoy it fully – at thirty-three, that is almost fourteen years after I got the plastic card that said I was allowed to; I also got my first tattoo, so long time overdue. Thirty-four was an emotional roller coaster, a turning point or a dead end – I can’t decide. I got divorced, and had a second tattoo to mark that; I tried via ferrata and loved it; I euthanized my loving dog; I bought my own car; I had that one heartbreak which – on top of other failures – threw me into depression, insomnia, lethargy, and later on debauchery; I discovered faith that, molded on my previous agnosticism, makes me wonder if it’s real or a mean to fight everything else; I decided that most men are worthless scum and they serve one sole purpose. It took me thirty-five years of my life to smoke a joint and I found out that sex when you’re both stoned is truly awesome, nothing better and more addictive.

By forty, I hope I finish the project I’m working on: fully stop caring, complete detachment. And maybe I’ll get that motorcycle I’ve been dreaming since teenage.

I’ve been living my life events in the wrong order, at the wrong moments. And this may partly explain the lack of meaning, the wreckage, the void, the darkness. Explain, not justify…